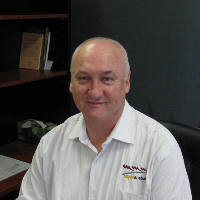 To all MMM Volunteers, Supporters and Staff,

It’s been sometime since I’ve communicated via My CEO’s Desk correspondence, I apologise for the extended period without an update, however my life has been one of a very busy schedule since late January of this year.

In early 2016 we began to seek God over a site for a permanent base in Thailand. A plot of land was ‘available’ and in April 2016 I inspected a property whilst in Thailand for annual meetings, but questions needed answers; Was this the right place? The right time? The right vision? These questions were asked… not to men but to God.

With two board members and myself in Thailand for a series of meetings in October 2016 we took the opportunity to visit the property again and continue the discussion, both on-site and back in the Boardroom. Much prayer, and consideration, and discussions culminated in a decision in November 2017 that this was indeed where God was leading us.

The next huge set of questions; Was the property still available? and, Was the price still the same? It was originally offered at an incredibly cheap rate, but many local and national political decisions had caused land prices in the region to boom! The Australian Board charged me with raising the funds before the property was purchased – the amount needed (based on the original asking price) was $30,000. In faith we put the request out to our supporters.

I strongly believed that God would provide 100% of the funds by the time the property was purchased, and we were trusting God that the price would remain at the original asking price. My aim was to negotiate with the landowner in April when I would be there for annual meetings.

Long Story Short;
By the time I met with the owner (U-dom YodLiLa) we had received 100% of the finances sought. One of the owners’ (U-dom’s sister)initially wanted 1,000,000 Baht for the property but when they discussed it together prior to our meeting she dropped her asking price to 800,000 Baht. When we met with U-dom he told us that as a Buddhist he wanted to do good, and would sell us the land for 750,000 Baht.  This was the original asking price from early 2016 when we first inspected the property. PRAISE GOD!

We agreed on the price, shook hands, and he immediately wanted to draw up a contract which was signed and the deal sealed that day. I can see the hand of God at work in every part of this amazing story. God continues to supply our every need.

No rest for me or for the MMM team, the work starts now on Stage 2 of this “God adventure” as we begin to plan for the MMM Centre we will build once the legal part of the purchase is completed  (around late May). Our estimate for stage 2 of this project is $75,000. Our journey of faith to see these funds supplied is underway.